Mercedes introduces the fully electric Mercedes-Benz EQS model. Making a name for itself with its technologies, EQS also stands out for its design.

The German automaker Mercedes, with the event it recently organized Fully electric Mercedes-Benz EQS released his model. The EQS, which is the brand’s first electric model designed from scratch, also promises an average range of 770 kilometers with its batteries with a capacity of 107.8 kWh.

The Mercedes-Benz EQS, which has a slightly different design language compared to the company’s other cars, resembles the Vision EQS model introduced in 2019. The electric car, which generally stands out for its rounded lines, also has a air friction coefficient of 0.20.

The interior of the EQS, which has most of the technologies that should be found in an electric car, welcomes us with a completely digital structure. In this section, the first thing that catches our attention is a full-size screen called Hyperscreen. This system consists of a 12.3-inch main screen, a 17.7-inch center screen, and 12.3-inch passenger screens. EQS, which also houses Mercedes’ Linux-based MBUX infotainment platform, incorporates the latest technologies, such as the intelligent voice command system, as well as many customization features.

Speaking of the details of the interior of the vehicle, let’s briefly touch the 11.6-inch multimedia screens located behind the front seats. Mercedes, which does not compromise on comfort at the rear or front of the vehicle, aims to offer passengers a comfortable and enjoyable ride. Promising a quality multimedia experience to users with 11.6-inch screens, the German automaker uses this multimedia system. Burmester brand It is decorated with the sound system.

If we talk about all these details, let’s move on to the characteristics of the vehicle’s engine and battery. The EQS, launched as the first electric car model that Mercedes-Benz has produced from scratch, 450+ Y 580 4MATIC It comes with two different models.

According to what officials said at the launch EQS 450+ The model has a 333 horsepower engine. This engine is claimed to accelerate from 0 to 100 km / h in just 6.2 seconds.

EQS 580 4MATIC It has a slightly more powerful engine compared to the entry-level model of the series. The manufacturer, who assures that the model, which has four-wheel drive technology, will come with an engine that produces 524 horsepower, points out that this engine can reach a speed of 0 to 100 km / h in just 4.3 seconds. At the same time, Mercedes emphasizes that all models in the series are limited to a maximum speed of 210 km / h.

Apart from that, these models also have batteries with a capacity of 400 Volts 107.8 kWh. According to the authorities, these battery modules, which have 200 kW fast charging support, offer a range of 770 km when fully charged and an average of 300 km when charged for 15 minutes. As you know, one of the biggest problems with electric cars is autonomy. However, according to the information provided by Mercedes, we can say that the EQS will be one of the best in its class in terms of autonomy. 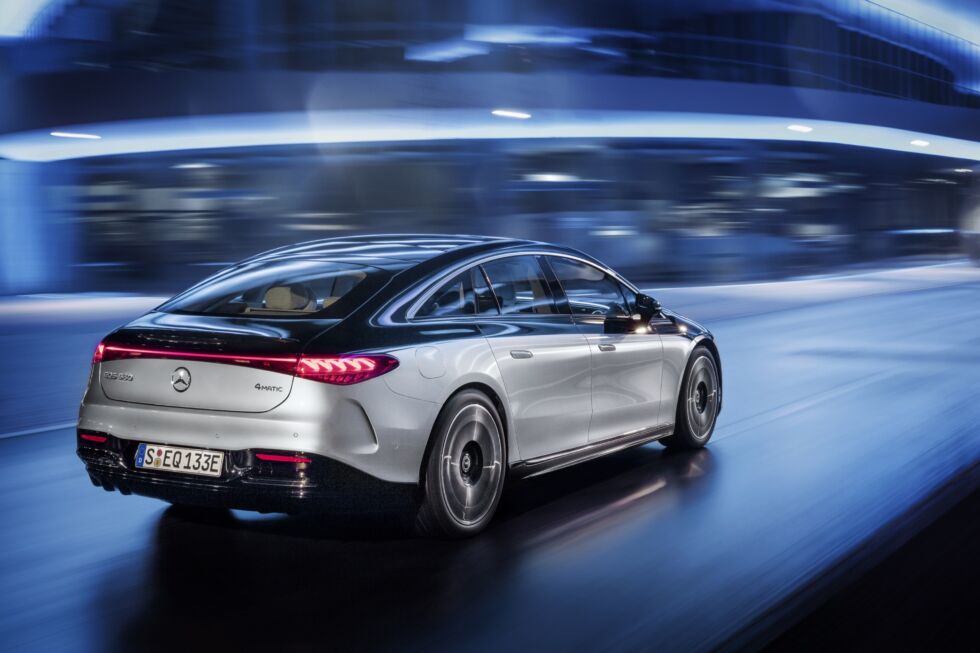 How much will the Mercedes-Benz EQS cost?

Have all these characteristics Mercedes-Benz EQS price An official statement on the matter has not yet been made. However, Mercedes is expected to announce prices for its next-generation electric car in the coming days.

Chance Ball April 18, 2021, lottery results and ticket inquiry screen will be at millipiyangoonline.com

This widget requries the Arqam Lite Plugin, You can install it from the Theme settings menu > Install Plugins.

Featured Posts
How much is a quarter of gold, how much is a gram of gold? Last minute prices of an ounce of gold on October 25, 2021 – Economy News
18 mins ago

How much is a quarter of gold, how much is a gram of gold? Last minute prices of an ounce of gold on October 25, 2021 – Economy News

The crisis is growing in South Asia! ‘He tried to destroy India’
9 hours ago

The crisis is growing in South Asia! ‘He tried to destroy India’

With Product You Purchase

This website uses cookies to improve your experience while you navigate through the website. Out of these, the cookies that are categorized as necessary are stored on your browser as they are essential for the working of basic functionalities of the website. We also use third-party cookies that help us analyze and understand how you use this website. These cookies will be stored in your browser only with your consent. You also have the option to opt-out of these cookies. But opting out of some of these cookies may affect your browsing experience.
Necessary Always Enabled

Performance cookies are used to understand and analyze the key performance indexes of the website which helps in delivering a better user experience for the visitors.

Analytical cookies are used to understand how visitors interact with the website. These cookies help provide information on metrics the number of visitors, bounce rate, traffic source, etc.

Advertisement cookies are used to provide visitors with relevant ads and marketing campaigns. These cookies track visitors across websites and collect information to provide customized ads.

Other uncategorized cookies are those that are being analyzed and have not been classified into a category as yet.