Following this decision by the United States, England announced that it would send warships to the region in May. According to news announced by Britain’s The Sunday Times, Type 45 destroyers and Type 23 class frigates were expected to be dispatched to the Black Sea in May.

The claim is determined in accordance with the Montreux Convention, supposedly approved by Turkey. 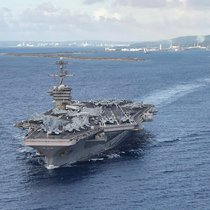 The United States took a step back: the last minute Donbass move from Great Britain …

Crazy Numeric Lotto results April 19, 2021 and ticket consultation when, what time on millipiyangoonline.com?

This widget requries the Arqam Lite Plugin, You can install it from the Theme settings menu > Install Plugins.

The crisis is growing in South Asia! ‘He tried to destroy India’
8 hours ago

The crisis is growing in South Asia! ‘He tried to destroy India’

With Product You Purchase

This website uses cookies to improve your experience while you navigate through the website. Out of these, the cookies that are categorized as necessary are stored on your browser as they are essential for the working of basic functionalities of the website. We also use third-party cookies that help us analyze and understand how you use this website. These cookies will be stored in your browser only with your consent. You also have the option to opt-out of these cookies. But opting out of some of these cookies may affect your browsing experience.
Necessary Always Enabled

Performance cookies are used to understand and analyze the key performance indexes of the website which helps in delivering a better user experience for the visitors.

Analytical cookies are used to understand how visitors interact with the website. These cookies help provide information on metrics the number of visitors, bounce rate, traffic source, etc.

Advertisement cookies are used to provide visitors with relevant ads and marketing campaigns. These cookies track visitors across websites and collect information to provide customized ads.

Other uncategorized cookies are those that are being analyzed and have not been classified into a category as yet.